Chiz: Grace can be a good president 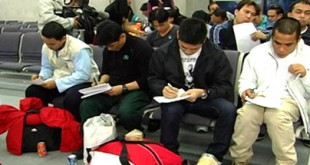 By By Jess Diaz | Philippine Star

Sen. Grace Poe will make a good president if she aspires for the post and wins the May 2016 elections, Sen. Francis Escudero said yesterday.

“Yes, she will be a good president,” he told reporters. “It’s as if this is already the campaign period, but we haven’t made a decision yet (on running).”

In previous interviews, he has described Poe as an honest and sincere person who has genuine concern for the poor.

On the other hand, Poe has said she would prefer Escudero as her running mate in case she runs for president.

Escudero described his Senate colleague as a friend.

He admitted that the two of them have been talking about a possible run in next year’s elections with Poe as standard-bearer.

He assured their supporters that they would make an announcement before the period for the filing of certificates of candidacy in October.

Escudero, who had quit the Nationalist People’s Coalition in 2009 before he abandoned his plan to seek the presidency in the 2010 elections, also said he respects the decision of the ruling Liberal Party if it does not include him in its 2016 scenario.

“I have to respect it. I cannot complain because I am not a member of the Liberal Party. It’s not for me to influence whatever decision they make,” he said.

President Aquino and the ruling party will most likely field Interior Secretary Manuel Roxas II as their presidential candidate.

They are trying to woo Poe to be his vice presidential running mate.

Aquino has met with Poe to discuss the need for his successor to continue the reforms he has started. But the President did not offer her a slot in the administration presidential ticket. 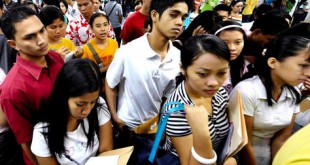