Netizens enraged by this man’s post – Read the full story

Share
A man named Kevin John Dula-Ugon Colonia made the netizens furious about the post that he recently made.
It was a photo of a tray containing a meat of a ‘pawikan’ or a sea turtle which is considered as one of theendangered animals in the Philippines.
He posted the photo on Facebook with a caption of ‘Kain Tayo’ (Let’s eat) along with a hashtag of #Pawikan. He was claiming that the meat of the sea turtle would make a good meal. 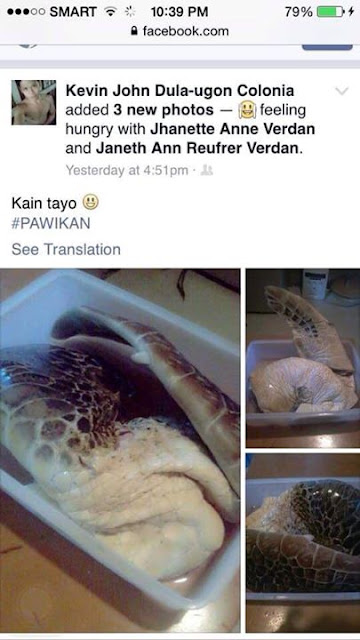 This photo became viral as the people knew that slaugtering this endangered animal is prohibited based on the RA 9157 or the Wildlife Conservation Act.
What made the people more furious is when one of the people involved named Janeth Ann Reufrer Verdanseems to be confident that they would not be in any trouble by eating this protected animal. They also replied that it is good to eat something that is prohibited. 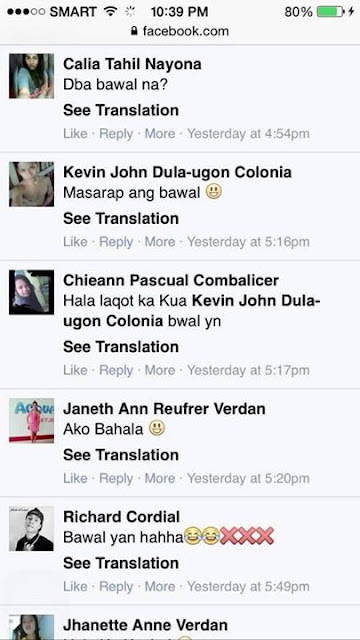