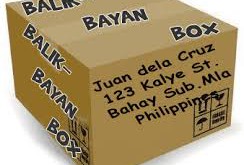 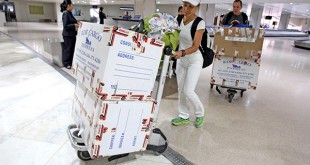 WINNIPEG, CANADA – Mikaela Abraham Mendez brought pride to the Filipino community besting 16 candidates from all over Manitoba as she bagged the 2015 provincial title of Miss Teenage Winnipeg.

It was a sweet and humbling victory for this 17-year-old Filipina who never joined a pageant in the past.

“I wasn’t really looking to win just making new friends and just getting the whole experience but when they called my name I was numb,” said Mendez. “I was definitely surprised. But it was, I was overjoyed, it was a very good feeling because it showed that my hard work has definitely paid off”

Mendez will vie for the Miss Teenage Canada title in Toronto this August to become Canada’s next beauty and goodwill ambassador.

She wants to use the opportunity to highlight an issue close to her heart.

“The platform that I chose was poverty because I believe that there is not enough awareness in our society and I wanted to make the change,” said Mendez. “I just want to be a good role model to especially my siblings I wanted to show them that if your heart set to something then it never hurts to go for it and if you lose you lose and if you win it only opens so many more doors.”

Mendez, who was born and raised in Winnipeg, has always had a winning attitude in life.

“Ever since Mikaela was a little girl she has always been motivated and determined and always worked for what she wanted,” said Jackie Mendez, Mikaela’s mother. “She grew up with very high grades up until now through high school she has been an honor roll she has always lead by example.”

“We’re so proud of having her crown as Miss Teen Winnipeg, and being the only Filipina in the pageant – we were so proud,” said Jairemaine Mendez, Mikaela’s father